I solemnly vow not to spoil any plot points or revelations for you in this movie review.  I will only say this: it was worth the wait.

Avengers: Endgame exceeded my expectations.  Though it’s very, very long, it moves quickly, and there’s virtually no wasted time.  Every single minute of this movie counts.  It’s a big finale to a very big story, which necessitates quite a bit of time.

Furthermore, it gives you exactly what you want–even if you don’t know what you want.  Every single Marvel movie has led to this moment.  That’s not an exaggeration.  We’ve stuck with Marvel for 10 years now, and they reward our loyalty heartily.

Endgame will send you on a roller-coaster of emotions.  There are many moments you’ll want to cheer out loud.  There are times you’ll laugh your butt off.  But there are some heartbreaking moments as well–moments that will absolutely make you cry.  I imagine that comes as no surprise.

In the end, Endgame satisfied.  No, it more than satisfied.  It drew this 10 year journey to an end while opening up new possibilities.  I honestly could not be happier with the execution of this film.

Did you enjoy this article?  Listen to my podcast, Stories By Scott William Foley, HERE! 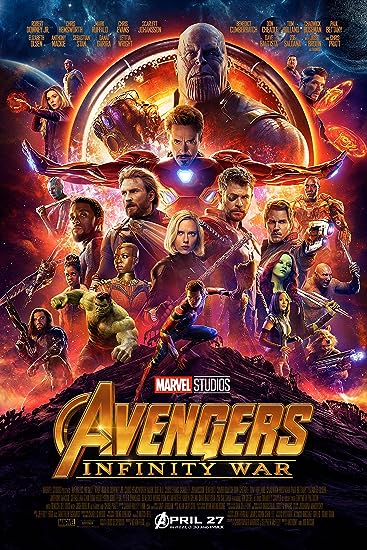 Brian Michael Bendis continues to spin out entertaining reads with his take on the Avengers. While characterization is a problem when using cornerstone characters, it is certainly fun to see all of our favorites working as a team.

I’ve been a Bendis fan for a while and I enjoy his interpretation of the Avengers, especially the banter. While it doesn’t go overboard into the realm of flat-out comedy, there are times when I can’t help but laugh at some of the snide remarks. My only complaint is the transition of artwork with the inclusion of Mike Deodato. He’s a fine artist, don’t get me wrong, but I’d gotten so accustomed to the previous beautiful renderings of this series that the drastic change in style with Deodato was a bit of a jolt.

The Collective is a logical follow-up to the House of M series as well as hints at Civil War, and it completely amuses, but again, this arc is not the stuff of character-driven plots. If you’d like to see Bendis at his finest with those sorts of stories, I recommend his masterful run on Daredevil.

Basically an updated version of Marvel Comic’s classic Avengers lineup, The Ultimates is the closest comic book out there to a big budget action movie. The art is hands down astronomical. Bryan Hitch can draw anything and make it look both dynamic and realistic at the same moment. And Mark Millar (whom is often hit or miss for me) writes snappy dialogue that really sets the characters apart from one another. While his overall plots are nothing terribly original, his new takes on classic characters like Captain America, Iron Man, Thor, and the Hulk have been tremendously entertaining. We now have heroes in very much the twenty-first century, with all the neurosis, greed, naiveté, and self-doubt that comes with being a denizen of the modern day.

As I said, the overall plots are predictable, but it’s the subplots where the genius rests. Each character has their own story, and it’s those personal stories and interactions that prove captivating. However, when it’s time for the big action of the overall plot’s climax, strap yourself in. That’s where Bryan Hitch saves the day with his art and Mark Millar makes it fun with his dialogue.

If you want to experience super hero comics at their <ahem!> ultimate in terms of action and art, the Ultimates is what you’re looking for.