There’s a lot riding on Marvel’s latest installment, Captain Marvel.  With this being the final chapter leading into what we can only believe to be the end of the current iteration of Marvel movies (a journey that’s lasted over ten years), Captain Marvel has to get it just right.  I have three concerns I’d like to discuss with you.  The first two probably won’t be a factor.  The third could very well be a reality.

First and foremost, Marvel needs to prove they can produce a film featuring a female lead.  Captain Marvel is a great character to achieve this goal, though many wonder why Black Widow hasn’t already gotten the call to action.  To me, it’s rather obvious.  Centering a movie around a former Russian assassin sounds like an engaging concept, but not when Disney is your corporate owner focused on creating family-friendly super hero films.  Captain Marvel has the potential to rival Wonder Woman in terms of charisma and broad appeal, but I think she’s fighting an uphill battle because the average person just doesn’t know her.  I personally don’t believe Marvel has a standout female hero at all that the general public is aware of, and this saddens me, but hopefully Captain Marvel will change that.

Secondly, Captain Marvel can’t–simply cannot–act as a deus ex machina that changes everything at the last minute leading into Avengers: Endgame.  I’m already suspicious of Nick Fury only now deciding to “beep” Captain Marvel after failing to do so for an alien invasion, a murderous robot, an angry Norse god, and a rampaging green Goliath, but that’s fine.  Story elements can’t be predicted, especially when creating a ten-year odyssey.  My hope is that they will explain Captain Marvel’s absence, and that they won’t have her execute her own version of the finger snap.  Infinity War needs to have real repercussions.  I’m not so naive as to believe Spider-Man or Black Panther will stay dead, but I feel that if Captain Marvel reverses time or undoes death than the last ten years will have been a sham.  For the record, I don’t believe they will do this in Captain Marvel, but the possibility does concern me.  I think the creators behind the Marvel movies know how to satisfy the audience without cheating their story.

Along those lines, the Skrulls better not pull the kind of shenanigans they do in the comics.  If you’re not familiar with this alien race, they are capable of shape-shifting.  They have literally posed as super heroes in the Marvel Comics Universe for years.  Just read Secret Invasion if you want an infuriating example of this.  This is the scenario that causes me the most apprehension because I think there is a good possibility that they will spring this one on us.  Imagine a story where the Skrulls were so deep undercover that they didn’t even know they weren’t human.  Envision a plot in which the undercover Skrull super hero dies due to Thanos’ snap, but then the real super hero is freed from Skrull detainment to rescue the universe.  It would be a “the enemy of my enemy is my friend” kind of situation.  Marvel has done this sort of thing in the comic books, and it made me feel very cheated.  If Captain Marvel is simply a vehicle to lead us into a Skrull invasion that will culminate in Endgame …

As it happens, I’m seeing Captain Marvel soon.  You can expect my review immediately thereafter.  I’m excited to see it, but I’m also somewhat leery due to the Skrull element of the film.  We’ll know soon enough! 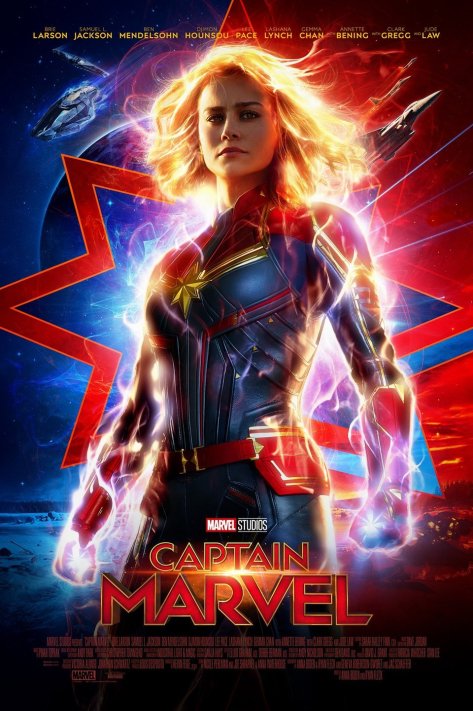 One thought on “My Unpopular Concern Regarding Captain Marvel”