A few days ago I struggled to make a dent in a book that will remain unnamed.  As it happens, a student in my class raved about an old Stephen King book he’d just finished — Pet Sematary.

Like you, I know about his classic novel, Pet Sematary.  I seen bits and pieces of the old movie on TV throughout the years.  However, I’ve never actually read the thing.  If you’ve visited this site for awhile, you know I’m a Stephen King fan.  His nonfiction is always sublime.  I could read his thoughts on all manner of subjects day and night.  He’s one of the few contemporary writers who strikes me as both present and wise.

His fiction, though, it a little hit or miss with me.  I’m not an admirer of his work past the year 2000 (with the exception of his Dark Tower books).  Much of it strikes me as inflated and meandering.

The classics, though?  You know it.  For the most part, those babies are tight, fast, and going places.  Unfortunately, I haven’t read as many of his classic titles as I would like.

So anyway, as I listened to a student rave about Pet Sematary, I thought to myself, “Yeah, let’s do this!  It’s October; a trailer for the new film adaptation recently released; I’m not enjoying the book I’m currently reading — this is perfect timing!”

I literally put the book down that I was not digging and picked up Pet Sematary.

Ah, as soon as I started reading, it felt like I’d just reunited with an old friend.

I know the Pet Sematary years were a rough patch for King.  He’s very much on record with his addiction struggles.  I’ll be darned, though, if he wasn’t at his peak during those tumultuous days.  I’m in no way suggesting he should go back under the influence — absolutely not.  His style and voice during that time, though, were just so easy to get lost in, and remains so to this very day.  (That voice is still present in his nonfiction, by the way.)

Pet Sematary, like his other works from that era, connect with me in a way his current work does not.  I’m having an absolute ball reading it.  King’s appeal is obvious — there’s a reason he’s been a best selling author for almost fifty years!

It’s wonderful to pick up a book, start reading, and feel instant comfort. 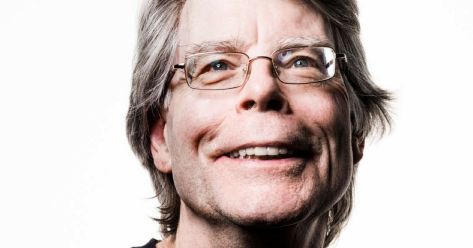