This new photo-realistic version of The Lion King is both exhilarating and redundant.

It’s a visual feast in that everything looks absolutely real. My understanding is that this film is almost entirely CGI, yet the animals, the environment–all of it–looks not only real, but also rooted in reality. You see labored breathing, you see real weight coming down on shoulders as the lions walk, you see dust in the air, you see ears twitch, you see plants in the background swaying in the breeze. It’s unreal how real it looks.

I also felt that the voices were detached from their characters. Yes, the animals’ mouths looked fantastic and even natural as they spoke, but the voices didn’t seem to be coming out of those mouths. The voices were too clear, too clean, and too undisturbed by the wild surroundings. In other words, the voices sounded straight from the recording booth. They didn’t match the environment I saw on the screen.

But even with that being said, I definitely recommend that you see this film. We took both of our kids, and because it’s the same, there were no surprises, and thus no scares. They do not increase the violence, nor do they display any blood. The hyenas were a little more intimidating than in the original, but my seven-year-old didn’t seem to mind them and she’s generally not a big fan of dogs or wolves.

It’s the CGI that makes this a must-see. At times, I literally could not believe my eyes. From a purely technological standpoint, there are moments in this film that will take your breath away. 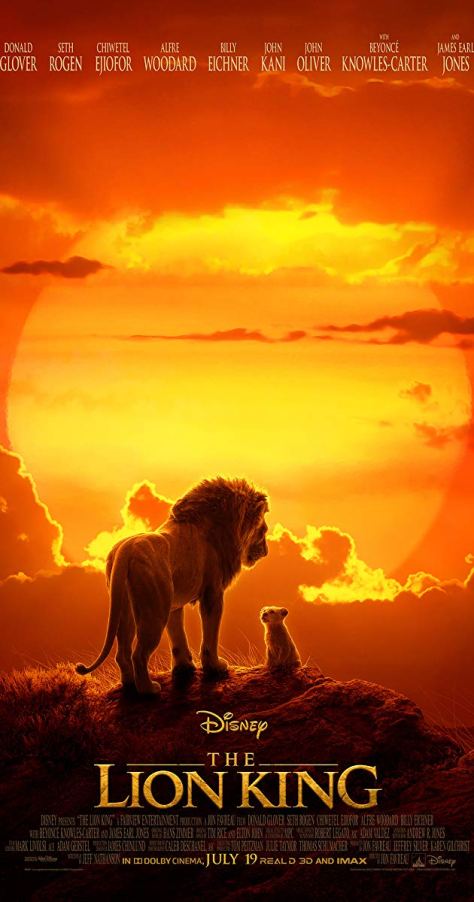