I’ve written before about my love of The Dan Le Batard Show With Stugotz.  They are a daily radio show on ESPN that take a slightly different approach to sports.  Often hilarious, they are also always entertaining.

A new guest debuted today–Jeff Passan.  Passan spent over a decade with Yahoo Sports and just joined ESPN in January of 2019.  Apparently, he will be their new baseball analyst and breaking news guy.  Dan kind of stumbled over his intro, so I get the feeling not too many people at ESPN have gotten a good feel him.

If we’re being honest, I could not care less about baseball.  Even with that being said, Passan may be my new all-time hero.

Dan and the guys were talking about bald men because that’s the kind of things they talk about, which somehow led to Sean Connery, which next led to bad Sean Connery impressions, which then prompted Dan to ask Passan if he did a bad Sean Connery impression as soon as Passan joined the show.  Passan, realizing that this was the first time we’ve heard him on the program, gamely played along and performed a poor Sean Connery impression.  Okay!  As far as we–the audience–were concerned, this guy was going to be all right.  He can have some fun.  He doesn’t seem to take himself or sports too seriously.  He can be fluid and flexible when he makes an appearance.

Passan could have left it at that and made a fine first impression.

Oh, but he decided to level up.

Passan, who had to know what would come next, willingly volunteered the fact that, while his Connery impression isn’t great, he has a few impressions that are masterful.

Well, come on.  Dan and crew aren’t going to let that slide by.  They asked him which one he thought was his best.

Dan’s impending dementia flared up when he got Elmo and Grover confused, but that’s okay, we love him anyway, and then Passan added that he will only do Elmo if he can say something inappropriate.

I won’t tell you the line Dan threw out there because I’m a public school teacher and value my career, but Passan nailed it.

At that point, Dan and the team insisted that Passan give them his analysis on recent baseball news only in an Elmo voice.  Passan, being probably the newest guy at ESPN and hoping to establish himself as a credible sports reporter to an unfamiliar audience had every right to laugh off the request right then and there.  He did Connery.  He did Elmo.  What more could we ask of the man?

He agreed to do it.

Listening to Passan offer baseball analysis in an Elmo voice … I had tears rolling down my face.

Passan made a point to joke about the whole thing being a bad idea with phrases similar to “career suicide” and “I’m going to regret this” … but he kept going!

Look, I don’t care about baseball at all, but I instantly followed Jeff Passan on Twitter.  This is my kind of guy.  I can’t wait for him to visit the show again … as long as he does his Elmo voice.

Go give Passan’s segment a listen and show this man a little love.  You can hear his appearance at this link: http://www.espn.com/espnradio/play?id=26038796

Men with this kind of bravery … they deserve our adoration.  Move over Elmo, it’s–na na nana, na na nana–Passan’s world! 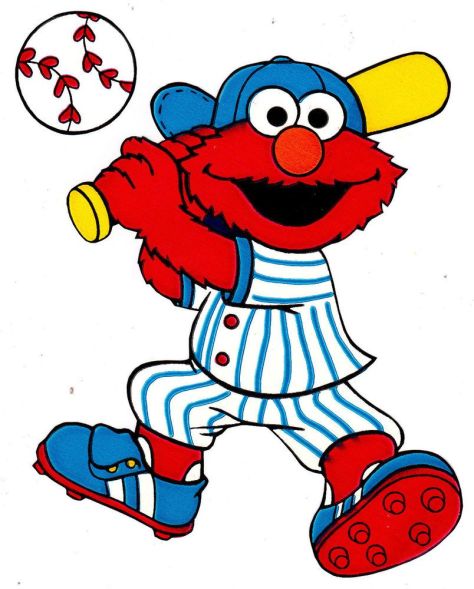