My daughters wanted to see this movie very badly, so we took them this opening weekend.  Needless to say, they loved it.

The general premise is that this movie looks into the life of pets while their owners are away.  I expected it to be a series of jokes about what’s going on behind those closed doors, but it actually turned out to be a far different movie than I anticipated.

I don’t want to spoil too much of the plot, but it becomes an adventurous comedy, a search and rescue of sorts.  The gags follow one after the other with plenty of laughs throughout, and just as things seem to start slowing down, new characters are introduced to liven it up again.

It is PG and a kids’ movie, and, for the most part, it’s totally appropriate for the little ones.  There is no real violence to speak of, though there are plenty of verbal threats.  The only time I actually wondered if they were going a bit too far is when some unwanted pets talked about wanting to kill their owners.  The conversation lasted a few minutes, and it never went beyond just talking about it.  There is no foul language other than words like “stupid” or “idiot.”  Of course, I have warped sense of humor, so I loved the ample never-ending poop and pee jokes.  Ample. Poop. And. Pee. Jokes.

The voices were fantastic as well.  Kevin Hart as the bunny Snowball stole the show, as you might imagine.  Jenny Slate’s Gidget also proved a riot.  But with Dana Carvey, Albert Brooks, Louis C.K., Lake Bell and many others, each and every pet had a distinct, hilarious personality.

The Secret Life Of Pets is a fast ninety minutes that kept the kids and me in stitches.  It doesn’t have the heart or emotional resonance of a Toy Story or Up, but it’s an entertaining flick that parents will enjoy along with the kids. 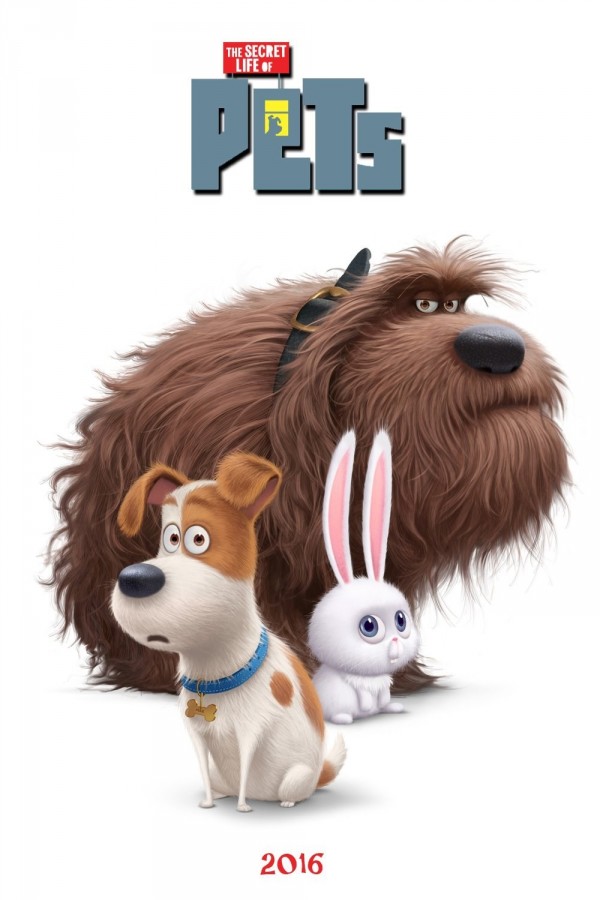