You may remember I went a little goo-goo for DC Universe: Rebirth #1.  I’m very happy to say that The Flash: Rebirth #1 is a can’t-miss connection to that seminal issue.

The first several pages establish Barry Allen’s character and background in case anyone is new to the title.  But then Wally West appears exactly as it happened in DC Universe: Rebirth #1, and it prolongs that moment, makes it even more emotionally resonant, and provides direction for both Wally and Barry.  Then, unbelievably, it goes even a step further and takes Flash into the Batcave to discuss that yellow pin Batman found.  I won’t spoiler any of the actual conversation, but this issue absolutely seems pivotal to the imminent conflict I personally cannot wait to witness.

So from a plot standpoint, this issue is extremely important to where Barry, Wally, and even the DC Universe is headed.  In that regard, I deem it required reading.

I also want to note, though, that The Flash is one of my all-time favorite heroes, and I have to say I much prefer Wally over Barry because I grew up alongside Wally West.  (Again, check out my ecstatic raving …)  However, this issue features the most likable and identifiable Barry Allen I’ve seen since the New 52’s inception.  Joshua Williamson seems to have a great handle on Barry’s persona and, let’s face it, Barry is so much better with Wally by his side.  Like Superman, Barry has always struck me as a father figure, a pure hero.  He is at his best when he is caring for those closest to him, and he needs those closest to him present in order to shine.  I absolutely believe Wally and Barry can share the Flash mantel.  They’ve done it before after Barry’s initial return … they can do it again.

I enjoyed Carmine Di Giandomenico’s art, but it definitely benefited from Ivan Plascencia’s colors.   This is a supreme case of the coloring making the art standout.  They both work together to denote forward movement, fluidity, and ultimately speed.  They are a good team for this character.

Quite honestly, I think this is my favorite Flash comic since the New 52.  It’s got heart, soul, and it seems to be filled with crucial plot points. 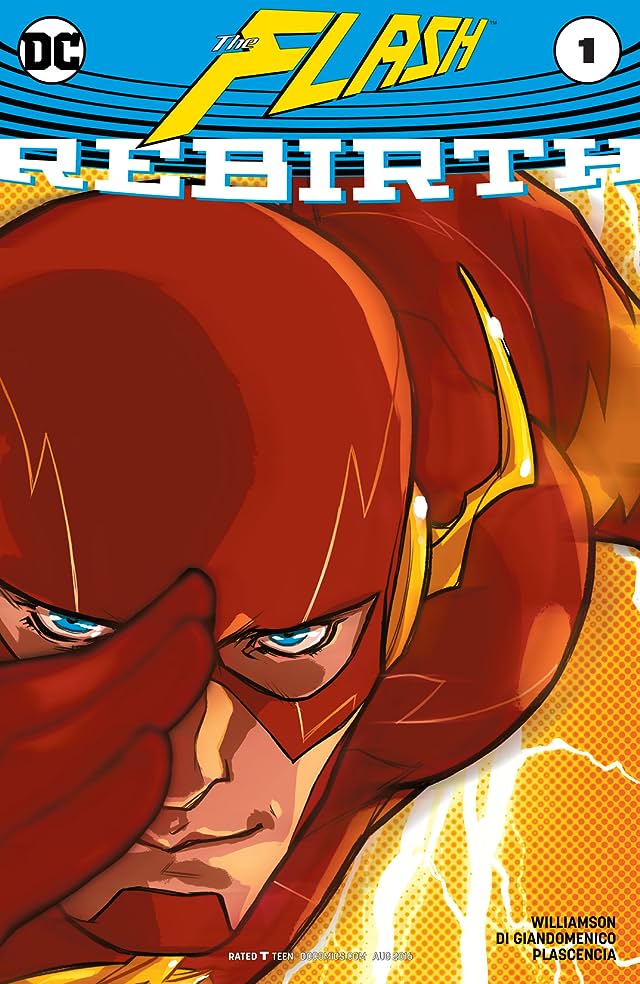