Grant Morrison is a luminary in the comic book industry.  He has earned every bit of adulation he has acquired over the years.  He is incredibly imaginative and fearless.  Frankly, though, I’ve always found him to be better at big ideas than actual execution.  In past books I’ve read, the concept is always amazing, yet the dialogue and pacing tend to fizzle out near the midway point and lose focus for the remainder of the story.

Wonder Woman: Earth One struck me as odd, consequently, because it suffered from the exact opposite issue.

Before we begin, though, it may be helpful to note that Earth One is a dimension within the DC Multiverse that essentially takes place in the wold as we know it.  Thus far, only Superman, Batman, and the Teen Titans have appeared on Earth One.  It is generally a place where the plots are a little more gritty and the heroes a little more flawed.

So I assumed Morrison would go bonkers with all of Greek mythology at his disposal.  I figured he’d take an entirely new angle and regale us with a Wonder Woman never before seen.  He would blow our minds with Greek power cosmic and postmodernist Amazonian idealism.

In fact, none of that happened.  He shook up the status quo a bit by making Steve Trevor black.  This ultimately had no real bearing on the character.  He also unequivocally identified the Amazons as lesbians, which, if you think about it long enough, would seem to make total sense.  He assigned a new father to Wonder Woman as a driving force of the plot, but, frankly, it wasn’t quite as notable as what Brian Azzarello already did with Wonder Woman’s regular DC title.  In other words, it’s fairly bland by Morrison’s standards.  Structurally, it stands up well.  The beginning, middle, and end all work well together with no instances of rambling or wandering.

With all that being said, it’s not a bad story.  It’s just not as original, thought-provoking, or creative as I expected from Grant Morrison.

The bright spot of the book is certainly Yanick Paquette’s beautiful drawings.  His art is streamlined and graceful.  He delivers an Amazon society that is both classical and technologically innovative.  His Amazonian women are powerful and elegant.  Like Cliff Chang, Paquette’s Wonder Woman is a regal warrior brimming with intelligence, confidence, and compassion.  It’s all right there, on her face.

But the star, the single person who makes Wonder Woman: Earth One a true work of art, is Nathan Fairbairn.  I’ve often said that a bad colorist can ruin a well drawn book, and a good colorist can make a poorly rendered book look amazing.  Fairbairn takes a wonderfully drawn book and amplifies it by tenfold.  His colors are bold without being distracting.  They make the drawings pop off the page.  They are an absolute pleasure to perceive.  I won’t pretend to understand the technical aspects of coloring, but I know great colors when I see them.  Fairbairn executed his craft masterfully in this book.

If you’re a Wonder Woman fan, I think you’ll find things to appreciate in this book — certainly the art and colors are worth the price tag alone.  It’s not the most bombastic of Morrison’s work, but it is one of his most direct and concisely delivered. 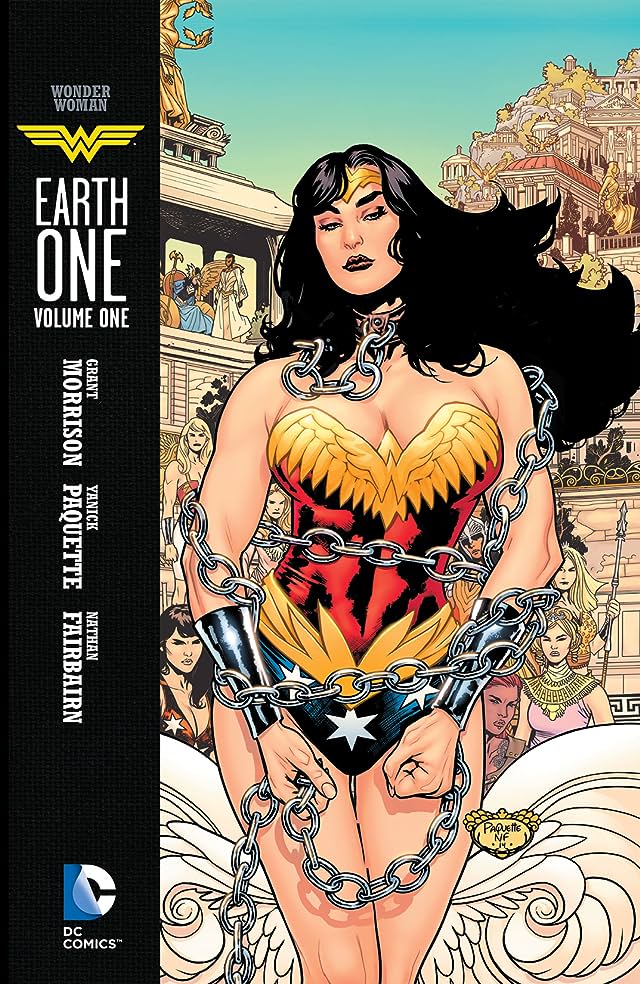