A friend recommended The Parade to me. I initially hesitated because Dave Eggers is always a little hit or miss, but when I saw the length of the book, which is very short, I decided it was worth a shot.

I flew through this book. Not only is it very short, it’s also written in a direct, straight-forward fashion. I believe Eggers wrote The Parade in such a way because it mirrors both the primary plot of the novella as well as the main character’s personality.

The Parade is about a nameless man hired by a nameless company in a nameless land razed by civil war to asphalt a road. The corporation has already dropped off the machine that will lay the asphalt. The nameless man, nicknamed the Clock, must simply pilot it and connect the two halves of the small country. The man wastes no time, does not interact with locals, and is concerned only about meeting his deadline. He’s completed over sixty such tasks without fail.

The same cannot be said for his partner. The Clock’s partner, who he simply calls Nine, is to drive an ATV ahead and make sure the road is clear of obstructions, people, or anything else that could cause the machine to stop. Nine’s job is to mitigate any potential issues.

Unfortunately, this is Nine’s first job with the company, and he is not at all interested in following policies or procedures. He is the opposite of the Clock–also known as Four–in every way.

Four is informed that the leader of the tiny country wants to execute a parade the moment the road is finished. It will begin in the capital city and head into the part of the nation that previously did not accept his authority. Four is told it will be a celebratory display of unity and peace.

As you can imagine, complications arise. Nine gets himself into all kinds of trouble, the kind of trouble Four cannot ignore. Does Four complete the road on time? Will the parade run as expected? You’ll have to read the book to find out.

The first idea is about what happens when one is so focused on completing a task that no attention is paid to one’s surroundings? It is ethical to show up, do a job, and then leave without giving any consideration to the effect of one’s labor on people, government, or the land?

On the other hand, The Parade also delves into the repercussions of perhaps becoming too involved. Is it responsible to show up and immerse oneself into a situation without fully understanding the nuances? Even if trying to help, should one investigate the consequences of even the smallest kindness?

Finally, The Parade is gravely intent on analyzing bias. Four trusts no one in this novella. Nine trusts everyone. Four believes only in his work goals. Nine lives life without thinking of the future at all. Both come to regret their ideologies. However, by the end of the novel, we realize that we, the readers, are just as guilty as both Four and Nine. We understand that we too have made several errors in what we did and did not choose to trust throughout the book.

The Parade is a brief, potent read. I’ll admit that the ending is something of a shock to the system, but it’s also what forces our minds to detour and scout new territory. I’m certain the ending is not for everyone, but, because the book is so quick, so well written, and so thought-provoking, I definitely recommend you give it a try. 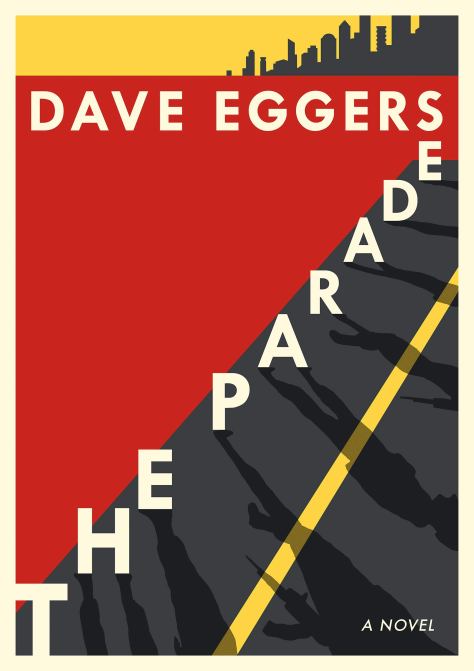