I first heard about the Amazon comedy Fleabag from Glen Weldon during NPR’s Pop Culture Happy Hour.  Weldon made a point to let the listening audience know that Fleabag is so much more than it seems.  He referenced in particular the final episode, which, according to Weldon, proved especially poignant.

What can I say?  Weldon’s praise captured my interest.  Best of all, the first season is only six episodes long, with each episode averaging not quite half an hour.  That’s the sort of fleeting commitment I adore in a show.

I introduced the possibility to my wife.  I sold it to her much the same as Weldon sold it to me, and she also seemed interested in the concept of the show.  Plus, we agreed that if either of us didn’t care for the first episode, we would jettison it from our lives and move on.

We obviously both liked it or I wouldn’t be writing about it so exhaustively and, perhaps by the time you’re done reading, exhaustingly …

The show features a British woman in her early thirties in England.  She is never mentioned by name, but the summary of each show refers to her as “Fleabag.”  Yes, “Fleabag.”  Only as “Fleabag.”  She has a habit of speaking to the camera with brief asides and explanations, letting us in on a particular joke or an integral piece of information.  When we first meet her, she is having sex with a man while offering us a play by play of the activity and even adding in a few predictions of what’s to come.  When the man rolls her over in order to use a different <ahem!> … orifice, “Fleabag” reacts unexpectedly, hilariously, and in such a way that we learn everything we need to know about her.

Or so we think.

The actress playing “Fleabag” is Phoebe Waller-Bridge, and she is absolutely charming, which is astounding because she’s playing a character that should be utterly unlikable.  Her little quips to the camera are typically biting, but it’s her facial expressions that won my wife and me over.  She will deliver the most amazing joke with nothing more than a lift of her eyebrow.  She will let you know exactly what she’s thinking with a quick glare.  Honestly, Waller-Bridge entertained to no end and enriched a character that really wouldn’t work if played by someone else.

Be warned, though, this is a raunchy show.  There are many sexual situations, loads of suggestive dialogue, and ample visits by sex toys.  The language is rough, very rough, with “f-bombs” galore.  However, I wouldn’t describe it as a “dirty” show.  There is virtually no nudity by actual human beings.  If I remember, there was an errant breast coming out of a shirt and a few shots of men’s rear ends.  The most explicit things on camera were often, again, the sex toys (which were not actually in use).

So while this is a comedy, it slowly revealed itself to be something far more, just as Glen Weldon said.  I want to offer caution here, because while I will not explicitly spoil anything past the second episode, you will more than likely be able to connect a few dots.  It’s just that I can’t really address what moved me the most about this show without getting into a few specific details …

You learn early on that Fleabag (I’m dropping the quotes from here on out) is fairly amoral.  She’s not necessarily out to purposefully hurt anyone, but her impulsivity and lack of forethought to both word and deed often upsets someone in her immediate vicinity, whether strangers, friends, or family.  Actually, she doesn’t have any friends.  More on that later …

She has no qualms in taking advantage of someone to meet her own agenda, nor does she mind being taken advantage of so long as that also ultimately suits her base desires.  I wouldn’t call her a master manipulator, but she is a manipulator, to be sure.

Fleabag sleeps around, steals, drinks too much, curses, degrades people, and cuts corners whenever possible.  It’s no wonder she’s friendless.

But she hasn’t always been.

In fact, we learn through flashbacks that Fleabag had a wonderful friend, one whom she loved dearly.  They opened a café together.  Sadly, though, her friend died, leaving Fleabag with the failing café, no other real friends, and a spiraling case of depression that becomes more and more obvious as the series progresses.

Her sister, Claire, humors Fleabag as best she can.  Claire is also a complicated person, though, with issues of her own.  Though very successful, Claire cannot seem to relent control to anyone, cannot navigate a dubious marriage, and cannot achieve enough introspection to glean what she really wants from life.  She has much in common with Fleabag, but she manages normalcy in the outside world far more productively.

Her father has remarried after the death of Fleabag’s mother due to breast cancer.  His new wife is actually the sisters’ godmother, a family friend since their childhood.  The stepmother is the portrait of passive aggressiveness as she makes the sisters feel unwelcome all the while with a smile plastered across her face.  The sisters hate her, she hates them, and the father seems too meek to confront either situation.  In the process, Fleabag appears, though she never gives voice to it, to feel as though she’s lost her father as well as her mother.

The show achieves originality when you slowly begin to realize that Fleabag’s abysmal behavior is absolutely the byproduct of guilt, anger, depression and low self-esteem.  It never crosses over into cliché, it never dives into pop psychology, but it does become very apparent that she only feels of value when someone sexually craves her.  She uses sex as therapy for all of her issues, but never realizes the promiscuous sex is only compounding her problems.

Furthermore, we can relate to her.  I think we’ve all done something we wish we hadn’t in the hopes of acquiring someone’s approval or favor.  She’s a likable person doing very unlikable things, and I know I personally can say I’ve been there as well.  Haven’t we all in some facet or another?

This character has lost her best friend.  Her sister doesn’t trust her.  Her father will not stand up for her.  Her stepmother detests her.  She’s losing her business.  She can’t pay her bills.  She has every reason in the world not to give a shit about anything.

The beauty of that sixth episode is what happens when she does finally care.  How will her family react when she actually tries to engage them meaningfully?  How will she respond when she finally faces the truth of her friend’s death?  What happens when she gazes within and attains a manner of self-realization?

Honestly, Fleabag is hilarious, but it doesn’t shy away from these profoundly important moments.  It never feels heavy even as it’s dealing with incredibly troubling material, and it always prompts an uncomfortable chuckle, an awkward giggle, and an inappropriate laugh at just the wrong time.  It is a serious show wrapped so deeply within a comedy that it’s not until you think about each episode afterwards that you realize its gravitas.

Glen Weldon, you were right.  Fleabag is definitely worth a watch. 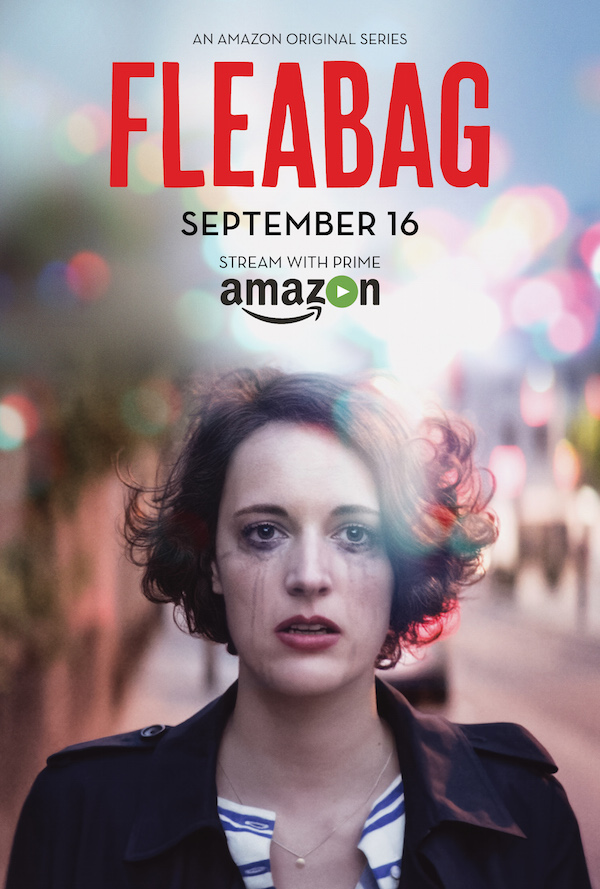 P.S.  I know I didn’t discuss her timid boyfriend, whom she pushes away at every opportunity.  I’ve written over a 1,000 words at this point, and frankly, he would require another 1,000, and I won’t be presumptuous enough to believe I deserve that much of your attention.  Plus, it’s late.  And, I’m tired.  Good night.