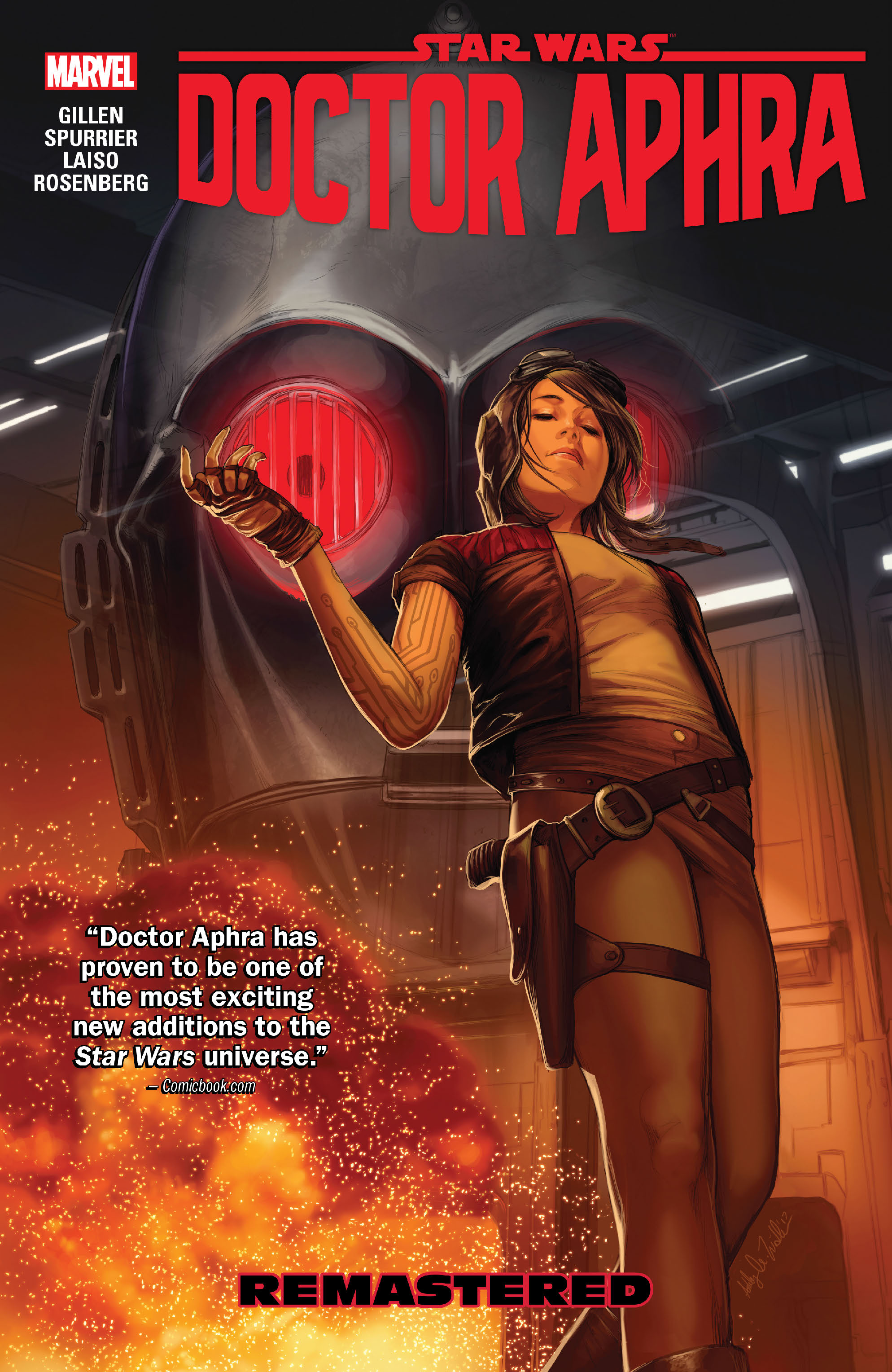 I’ve greatly enjoyed the various Marvel Star Wars series, but Star Wars: Yoda’s Secret War left me a little unsatisfied.  I’m very happy to say that the next installment–Screaming Citadel–righted the course and returned the series to its high standard.

Of course, this volume is not just comprised of the Star Wars series.  It also has issues from Doctor Aphra.  Obviously, the two comics crossed over with each other to deliver this story as  whole.

Doctor Aphra has an ancient crystal supposedly housing the sentience of a powerful Jedi.  She needs the Queen of the Screaming Citadel to access it for her, and she needs Luke Skywalker to entice the queen into doing so.  You’ll have to read the book for the details on using Luke as bait.  Doctor Aphra sells it to Luke as a chance for him to encounter an actual Jedi master, and it’s a chance for her to witness a remnant of the ancient past because she is an archaeologist after all, albeit a bit of an immoral one.

That’s a pretty good premise to achieve what this story is really all about–watching Luke and Aphra interact.  I believe Doctor Aphra is one of the greatest additions to the Star Wars universe in decades.  She first appeared in the Darth Vader series, and she won over the audience so thoroughly that she quickly earned her own title.  Honestly, though Aphra works best when pitted against the pure of heart, or at least those on the side of the Rebels.  She’s Aphra, so of course she manipulates Luke, double-crosses him, saves his skin a few times, then cheats him again.  That’s just who she is.

It’s also interesting to see a rebellious streak in Luke as he jaunts off with Aphra without telling Han, Leia, or anyone else for that matter.  We know his dad didn’t always follow protocol, so these little deviations are always revealing when Luke is concerned.  It’s also fun to see him beginning to realize his power.  This particular story takes place soon after A New Hope, so Luke has not yet begun to completely understand what he has at his disposal–though this book does depict Luke having some pretty cool moments with his burgeoning abilities.

We also have quite a bit of Han, Leia, and another invaluable addition to the mythology named Sana Starros.  All three get their moment to shine as Han finds more and more of the hero within, Leia further establishes herself as the capable leader she is, and Sana Starros slowly reveals more and more of her past to the reader.  Guess what?  Not only does she have deep connections to Han Solo, but it’s heavily hinted that she is also tied to Doctor Aphra as well.  The specifics may surprise you.

And, as always, Aphra’s versions of C3PO and R2D2 steal the show.  They are named 0-0-0 and BT-1.  They are basically the murderous, demented, evil version of our favorite droids, and they are forever a delight.

The story of Screaming Citadel itself is entertaining.  The art is very pleasing to the eye and keeps the plot moving at a quick pace.  At times the faces of the characters based off of real life actors look almost photo realistic, which is sometimes jarring when the rest of the panel does not look so true to life.  Of course, the best quality of the book is simply seeing all of these characters play off of each other.  It’s refreshing to have such rounded, charismatic new characters as Aphra, Sana, Triple-Zero, and Bee-Tee 1 making waves with our legendary favorites.

First appearing in Darth Vader, Doctor Aphra quickly became a personal favorite of mine.  In fact, along with Rey and Ahsoka Tano, I’d say she’s one of the most significant Star Wars characters to appear within the last ten years.

Consequently, because she regularly stole the spotlight in Darth Vader and even Star Wars, Marvel gave the good doctor her own series.

If you’re unfamiliar with Doctor Aphra, she is amoral, brilliant, and snarky as can be.  An archaeologist by trade, Aphra is not bound by such things as decency and preserving life.  She does what it takes, usually with a smile on her face.  Make no mistake, though — she is not insane.  She’s perhaps a sociopath, but of the really charming sort.

The beginning of this volume, titled Aphra, gets us off to the perfect start.  The first several pages succinctly establish Aphra’s character.  We immediately meet her hilarious supporting cast: the murderous astromech droid designated BT-1, the protocol droid specializing in torture named Triple 0, and the seriously disgruntled Wookie called Black Krrsantan.  Why does such a delinquent crew tolerate one another?  You’ll have to read the book to find out.

However, soon enough, Aphra became less enjoyable for me.  I hesitated to write this review for a few weeks because I couldn’t quite put my finger on it, and then, last night, it hit me.

Doctor Aphra had a really tragic father figure in Darth Vader.  Their bond, though completely toxic, also had an element of fun in that you could tell, somewhere deep within their crooked souls, they actually cared for one another in a strange familial aspect.  Since we know Darth Vader one day will actually live up to his role as a father, it proved ironically endearing to watch him with Aphra.

I feel that Aprha takes a serious misstep when it introduces her actual birth father.  After such a long story arc with Vader, it struck me as far too soon to put Aphra back in this role.  Yes, she is clearly her father’s better and often puts him in his place, which was an interesting juxtaposition with what we’ve seen previously, but by the book’s end you realize she does care for her father, just as you realize Vader cared for her.  In my mind, this plot would have worked far better further down the road after we got to see more of Doctor Aphra as character devoid of any paternal influence.

In fact, I think Doctor Aphra shines best in Star Wars: Rebel Jail.  In that volume, Aprha is mostly interacting with Princess Leia and Sana Starros (who also has great potential).  These three women are all about the same age and have differing perspectives on life, priorities, and laws.  It was an absolute blast to read their story when forced to work together.

I’d hoped that we’d get more of that sort of thing with Doctor Aphra’s first solo outing.  I really wanted to see her fully in charge of her adventure without, frankly, any sort of patriarchal influence.  I will, of course, continue to read Doctor Aphra, by no means is this volume a deal-breaker.  She’s an incredibly charismatic character who can fit into virtually any spot of the Star Wars universe, and I can’t wait to see her further cement her place in the vast mythology.