I started my teaching career in the year 2000. This happened to also be around the time that No Child Left Behind was implemented. Generally speaking, No Child Left Behind said that every child would be prepared to enter college. Schools would be held more accountable. Students would be held more accountable. Academics would become more rigorous. Thus, every student would be academically fortified to flourish in college.

Now, that sounds wonderful on paper, but as with most things, there were unforeseen consequences. (At least, I hope the consequences were unforeseen and not actually premeditated.) Furthermore, from my own experiences in high school, I knew brilliant people who simply did not want to go to college. I also knew people who were very capable at life with no interest in college for many different reasons–primarily the debt they would accumulate. Even as a young novice teacher I knew that No Child Left Behind seemed to lack perspective because not everyone wants to go to college.

Here we are, twenty years later, and I’m witnessing the unintended effects of No Child Left Behind. In the interest of keeping this short, I’ll summarize by saying that if our students don’t play school very well, they are being left behind in a completely different way.

Imagine that you don’t particularly like English, math, history, or science. Now imagine that day after day, you have to sit through those classes for four straight years scraping by with Ds and Cs. You’ve been told college is the only option. You sign up for a local community college, and after struggling to pass your first year, you give up on post-secondary education.

What do you do?

What skills do you have?

What sustaining opportunities exist for you?

I’ve seen this happen time and again and it breaks my heart.

The unintended consequence of No Child Left Behind is that, in an effort to meet all the rigorous requirements set forth by various bureaucratic entities, we lost a lot of classes that didn’t fall under the “core curriculum” category.  Most of these classes involved working with the hands. I’m not going to run through them all, but a few that immediately spring to mind are shop class, art, music, and automotive. These were all sacrificed in order to devote more time and teachers to the college-bound material.

I can think of dozens of students who would have thrived in classes where they got to utilize those skills related to working with their hands. And it’s true that some schools still have industrial arts and vocational classes, but I think in most cases they are not offered to just any general student. There’s a selection process involved due to limited space.

Remember that class you were super excited to attend because it addressed your specific interests? Maybe it was British literature, or physics, or chemistry. What if you didn’t like any of those subjects? What if, throughout your entire high school tenure, you didn’t take a single class that interested you? What if you never had the opportunity to discover you like the culinary arts, or fire safety, or automotive technology, or carpentry, or plumbing?

I absolutely believe that every American citizen needs a baseline understanding of the core curricula. Math, English, science, history–these are important things, for sure. However, why do we force a student who has no interest in college to sit through four years of English or math? Why not require two years of English, and then allow that student to take vocational classes related to a field they’d like to enter? They could also use that time to serve as apprentices or interns, get on-the-job training, and graduate from high school with real leads connecting them to a full-time job.

Of course, the great irony is that many of those in the trades are faring better than those with college degrees in today’s world because of scarcity. A plumber can charge whatever he or she wants because toilets have to work and not many people know how to fix them (myself included).

You’re the taxpayer. You know what your kids need. At the risk of sounding controversial, I maintain that most of the bureaucrats and politicians at the highest levels making the decisions influencing public schools neither attended public schools themselves nor send their own children to public schools. They are dictating the outcome of your child’s life with little to no vested interest in the welfare of your child.

How do you get vocational classes that are widely available to all students back into the public schools? I honestly don’t know. It probably starts with contacting your local representative or school administrator.

But a student exited to go to school in order to learn about things tied to the vocations that will have a positive impact on his or her professional life? I think it’s time for that change to occur. 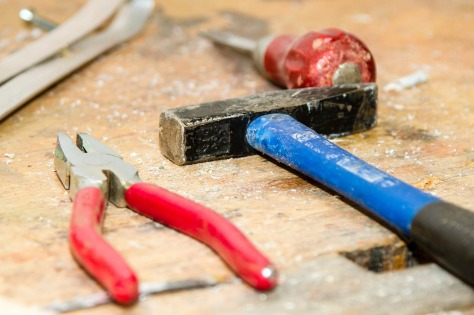