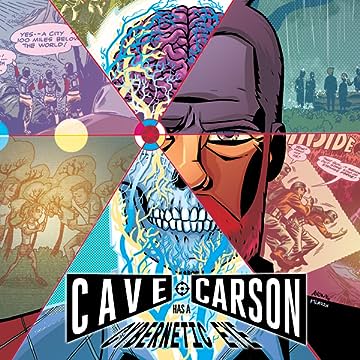 Tell-All is about a nearly forgotten Hollywood starlet, her personal assistant, and a younger man who seemingly pretends to love her in order to write a “tell-all” book about their relationship, right up until the moment he kills her.  It is a book that really evokes two strong reactions from me.

The first reaction is one of appreciation and commendation.  Tell-All is a radical departure from Palahniuk’s past work, and I appreciate authors who strive to do something different, especially when they’ve fostered a certain loyalty amongst a specific group of fans.  Furthermore, Tell-All, in the true spirit of its stars, name-drops like you wouldn’t believe.  The technical term for what Palahniuk does is called “allusions,” and he has at least five allusions on each page, in bold print, daring you to disregard them.  Admittedly, most of them I didn’t recognize as they were (apparently) the names of past, well-known actors and actresses.  I also want to mention that Tell-All is funny, but it’s the kind of funny that doesn’t seem funny at the moment.  After you’ve finished the book and gone about your business, it seeps into your mind, and then, as you’re doing something else, you realize just how funny a particular scene was.

Unfortunately, the other reaction is not as positive.  Tell-All is a simple plot, and it tends to get repetitive rather quickly.  And as much as I appreciated the sheer determination to include as many allusions as possible, they sadly became distracting pretty fast.  Tell-All was very slow to start, and there were several moments when I wanted to throw in the towel.  I really and truly didn’t care about any of the characters in this book.

All-in-all, Tell-All is not a particularly enjoyable work, but I do greatly admire Palahniuk for writing something unlike anything he’s ever done before, and I also respect the fact that he completely dedicated himself to the idea of including as many allusions as possible.  To depart from his normal offerings is to risk upsetting a committed, previously established fan-base, and I believe that is both brave and artistically honorable.

Okay, so this is a DVD released in correlation with the video game of the same name.  It’s important to note that I’m not a gamer and don’t even own a video game system.  The film borrows from the famous work of literature, The Divine Comedy, which, of course, is the reason I checked it out.

If you give it a watch expecting even a moderate translation of the source material, spare yourself the disappointment.  The movie takes great liberties, the dialogue is thick and awkward, and the story is inexplicably difficult to follow.

However, from a purely animation standpoint, it is quite interesting to watch.  It has six different directors as they deal with the various levels of Hell, and it was fun to see their interpretations.  It got a bit distracting when main characters would shift in appearance from one director to the next, but it wasn’t an insurmountable challenge.

But, if you’re not into animation, I don’t think you’ll find much redeeming about this movie.  It employs gratuitous violence galore, has some uncomfortable nude scenes (it’s a cartoon!), and plays pretty fast and loose with Christian theology.  Furthermore, for the most part, though it proclaimed itself an animated epic, it was just plain silly.

Paul Auster once again scribes a tale that lingers in the consciousness long after the initial reading.

In The Music of Chance, Auster provides an utterly unpredictable story focusing upon Jim Nashe, a firefighter who inherits an unexpected sum of money and begins driving cross-country for no real reason.  As chance would have it, he happens across a self-proclaimed poker savant just as Nashe is in danger of running out of funds.  The poker aficionado, Jack Pozzi, guarantees Nashe he can multiply Nashe’s capital if only Nashe will back him in a big, upcoming game with a couple of millionaire dunderheads.

I won’t spoil any of the outcomes, but I can tell you that Auster’s story abruptly shifts direction so often and so savagely that it’s like riding in a brakeless car – thrilling and nerve-wracking.   Furthermore, when dealing with chance, there is often no reasonable explanation, and such is the case with The Music of Chance.  Auster’s brilliance with this novel is his sheer disregard for pattern.  Don’t get me wrong, Auster is always mindful of his thematic favorites – isolation, freedom, identity – but The Music of Chance has such unforeseen events that the mind races trying to fill in the unexplained gaps.

Perhaps most hauntingly is the fact that Auster appropriately provides no answers as to why certain events occur in The Music of Chance.  In the hands of a lesser author, this would be maddening, but Auster’s rebellious plot is delivered eloquently, skillfully, and engagingly, and so his unwillingness to elucidate certain incongruities somehow serves as a strength in The Music of Chance rather than a hindrance.  Consequently, if you’re like me, you’ll take joy in dissecting these mysteries long after you’ve finished the book.