Did you know they are making a standalone Joker movie?

Truthfully, when I first heard about this film, it sparked not one bit of interest from me for a number of reasons.

Firstly, I believe the Joker is one of those characters that exists best on the fringes.  The less we know about him, the better.  The Dark Knight nailed his character by telling us virtually nothing about him.  To devote an entire movie to his origin, I thought, would weaken his character and provide too little content.

Secondly, I’m one of the few people who really enjoyed Jared Leto’s take on the Joker.  I’m not yet ready to cast that Joker aside in favor of this new one.  I appreciated Leto’s Joker because it was both classic and unique at the same time.  I’ve never encountered a Joker quite like that, yet his look struck me as comfortably familiar as well.  The contradictory interpretation suited Joker nicely.

Furthermore, I heard rumors that this Joker would not connect to any of the other DC movies and would, for all intents and purposes, be a standalone in an alternate reality.  Now listen, I’m a fan of the DC Multiverse.  I’ve often said that Warner Brothers needs to lean into this concept and really play up the Earth 1, Earth 2, etc. concept.  Fans would easily be able to grasp it.  However, the initial description of the movie didn’t sound like the Joker at all.  For example, they gave him a name, Arthur Fleck, and placed him in the 1980s.  Worst of all, it was said he would just be a failed comedian who loses his mind and dons the makeup.  No mention of Batman.  It’s been argued that Batman is the driving motivator of Joker’s mayhem, especially because it was partly Batman’s fault that the Joker fell into the vat of chemicals resulting in his madness.

All of these things deterred me from thinking I would like this movie.

And then, this morning, the first trailer dropped.  If you haven’t seen it yet, take a look …

They are doing everything it takes to completely win over my interest, and that’s by giving me the totally unexpected.  I did not anticipate the unsettling tone regarding Fleck’s descent into madness.  And though I knew Joaquin Phoenix could act, I did not think he’d deliver such a disturbed character.  I could not predict changing the Joker’s “look,” though ever so subtly,  would render him even more terrifying.  They have captured something with Joker, something profoundly … creepy.

This trailer validates taking the film into a remote part of the DC Universe.  While you could argue the fact that this movie doesn’t even have to be the Joker, it could be any clown-based criminal, the fact that it is an iteration of the classic villain makes it all the more ominous.

After all, we know just how awful the Joker really is.  We know that this Fleck character is destined to become one of the most evil fictional villains in pop culture.  Watching him get beaten up and kicked by life time after time after time in the trailer’s short time span really strikes a nerve because we know that many of our mass murderers were similarly bullied in life.

Which leads me to my only real concern about Joker.  Because it’s so clearly detached from the other DC movies, I don’t mind the thorough exploration of his origin.  I actually think it’s totally appropriate to display every single life-altering tragedy that drives a man into criminal insanity in this context.  However, I am worried that they are going to make him sympathetic or even an anti-hero.  I don’t want to feel bad for the Joker, and I say this because he is so heinous.  Mind you, I’m generally not against villains being sympathetic.  But Joker?  No, we can never feel sad for the Joker.  (Of course, Joker has proven me wrong in every other facet, so it will probably do so again in this case as well.)

Joker seems to have tapped into something very special.  It’s unafraid, primal treatment of such a visceral character appears to be creating a film full of raw, unflinching emotion.  I know it certainly struck a nerve with me.  What do you think?  Let me know in the comments. 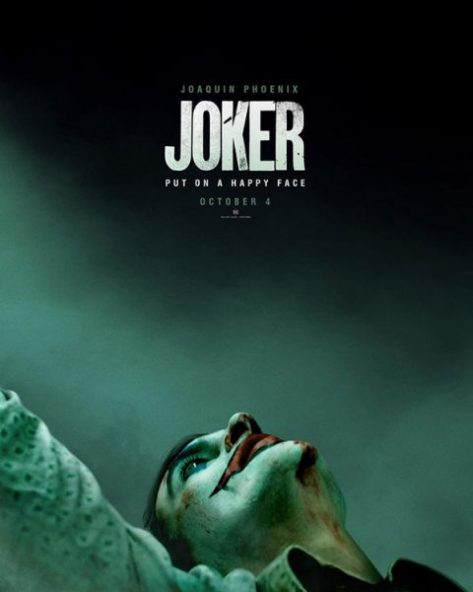 2 thoughts on “The New Joker Trailer Proved Me Wrong”