If you’re not a fan of Doctor Who, I get it.  I totally get it.  The only reason I started watching Doctor Who a few years ago is because I knew nothing about it and I felt like such ignorance really diminished my geek cred.  Seriously.  I had no idea what the word “TARDIS” even meant.

At first, truthfully, I considered the show idiotic.  I began with the Ninth Doctor, as my nerdy friends told me to do.  The plots were, for the most part, campy, the special effects were silly, and the characters were ludicrous.

But then a strange thing happened.  I slowly but surely fell in love with it all.  I embraced the goofiness, the hyperbole, and the entire zany mythology.  I finally recognized the brilliance of it just as thousands of others had during the last fifty years.

My point is, if you’ve ever been curious about the Doctor (never call the actual character Doctor Who), there’s no better time to jump on board than tomorrow, October 7th.

For the fist time since the character’s arrival in 1962, a woman will play the Doctor.

If you’re unaware of the premise, and I promise not to bog you down too much in the details, the Doctor is an alien who can travel through time and space.  The Doctor is usually a champion for life, justice, and mercy.  Because of the character’s species, the Doctor never dies, but instead regenerates into a new body.  Therefore, even though at least fourteen people have played the Doctor (yes, nerds, I’m counting John Hurt’s War Doctor), the character has theoretically been the same consciousness.

But tomorrow, Jodie Whittaker’s Thirteenth Doctor will change everything … and I can’t wait.

Sure, since it’s return to television in 2005, Doctor Who has tried to keep things fresh.  I can’t say I ever got bored watching the series!  David Tennant played a lovable hero, Matt Smith a charismatic mad man, and Peter Capaldi a cranky favorite uncle, but no one will completely alter the character’s trajectory like Jodie Whittaker by virtue of her gender alone.

As a writer, I would love this opportunity!  This new Doctor can do something the character hasn’t been able to do since 1962 — convey a female perspective on the ensuing adventures.  There are virtually limitless storytelling openings now.

As a fan, I’m equally excited.  I love all of the actors who played the Doctor, but with Whittaker I know every episode to come is going to be unlike any other.

My desire is that they don’t have Whittaker playing a man in a woman’s body — I sincerely hope she plays the Doctor as an actual woman and everything that transformation encapsulates.

Best of all?  For the first time, I’m planning to let my ten and six-year-old daughters watch Doctor Who with me.  Though the show is all in good fun, I worried in the past that the aliens and monsters might give them nightmares.  This is a historic evolution to the character, though, and I want them to take part in it from Day One.  I love the fact that my daughters now have a Doctor of their own, a Jedi of their own, and super heroes of their own.  They get to take joy in the very same concepts that have delighted me during my life, but in a way that speaks uniquely to them.

So like I said, if you’ve ever been curious about the Doctor, tomorrow is the time to make an appointment. 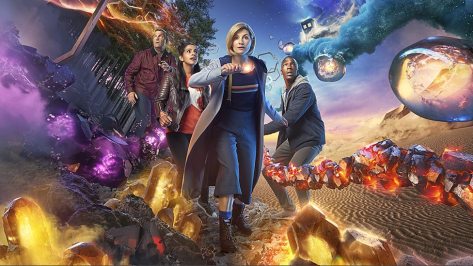