To be honest, I’m hesitant to address this issue in a public forum.  In fact, I’m even fearful.  Our great nation is becoming unrecognizable to me in that we are now overtly embracing violent rhetoric as a matter of normality.  Death threats are being issued with little regard to the repercussions of the action.  Worst of all, our political leaders are leading this abhorrent trend.

As Americans, we appear to be sacrificing the very freedoms that have always made us a beacon of inspiration to the rest of the world.  The founders of our country knew the importance of certain freedoms.  They lived through an existence without those very freedoms and that is why they insisted we implement specific amendments during the birth of our nation.

We’ve existed for over two hundred years.  We haven’t always been perfect–far from it.  But we’ve learned with each new generation.  We’ve tried to be better with each new decade.  We’ve endeavored to remember that each and every American is vital to making an “America.”

There’s a wonderful line from the 1978 movie entitled Superman.  This refugee from the planet Krypton, a man who could very well be a god if he so chose, adopted the American ideal so fully, so authentically, that he literally said he fights for “truth, justice, and the American way.”

Truth is the absolute foundation of our freedom.

We have always known that we have a right to the truth.  We elect our officials.  Our leaders are here to serve us, not the other way around.  I don’t know about you, but I’ve rested better knowing that if our leaders tried to trick us, cheat us, or even lie to us, we have a safeguard in place guaranteeing that they would be discovered.

The creators of our Constitution understood the relevance of truth, and they realized that we had to protect those who sought to bring us the truth.

Of course, I’m the first to admit that the word “truth” is often a matter of perspective.  My personal truth may not be yours, especially if you have a different world view.

So when I use the word “truth,” I actually mean it as “fact.”  Fact is undeniable.  Fact happened.

Journalists–real journalists–are trained to report fact.  They deliver the “who,” the “what,” the “where,”the “when,” the “why,” and the “how.”

To me, those things are truth.  But it may be better to refer to them as fact.  Without journalists, how do we know the facts of what’s occurred?

Perhaps you’re willing to believe everything our elected leaders tell us, but I personally do not.  There are always agendas at play.  Politics rule … obviously.  I take comfort knowing that our journalists are checking facts, seeking truths, and reporting to the public what they find.

Do I admire every journalist out there?  No, I don’t.  Nor should you.  However, isn’t it reassuring that we have an entire press corps from which to choose?

I’m also not so innocent as to believe that individual journalists may not have an agenda of their own.  It’s a matter of public record that many of our newspapers, news magazines, and news stations are owned by corporate entities that make profits the priority.  I have no doubt that truth has suffered as a result.

Clearly, some news outlets lean left, and some lean right.  Some are full-blown left, and some are full-blown right.  The beauty is that I can read articles from both, study subjects presented by each, and form my own opinion.  Journalists present news to America, but as Americans, we have to be willing to critically analyze that news and ultimately draw our own conclusions.  We must not be complacent.  We must not simply accept what is said to us by anyone without intellectually and soulfully engaging with the statement.  In other words, we have to make up our own minds about things after careful consideration.

But imagine a world where we have only one news outlet …  Picture an America in which the government dictates the news we receive.  Such leadership has existed in the world before–some even exist today.  I don’t want to live in that world, do you?  Such a world leads to oppression, the eradication of rights, and the termination of freedom.

When I hear that journalists are receiving death threats from the public, it makes me sick to my very soul.  When I hear that politicians are essentially encouraging the public to threaten, harm, and even kill journalists, it makes me fear for my great nation’s future.  These men and women have families.  They go home at the end of the day just like you and me.  If someone doesn’t like their reporting, simply stop reading the article, or keep surfing the web, or change the channel.  But to reach out to them and literally threaten murder?  Such an action is antithetical to the very principals that conceived this amazing democracy of ours.

Journalists are the only conduit to truth that we have.  We must hold truth dear to our hearts.  We must protect those fighting to bring us truth.  For without truth, there is no American way. 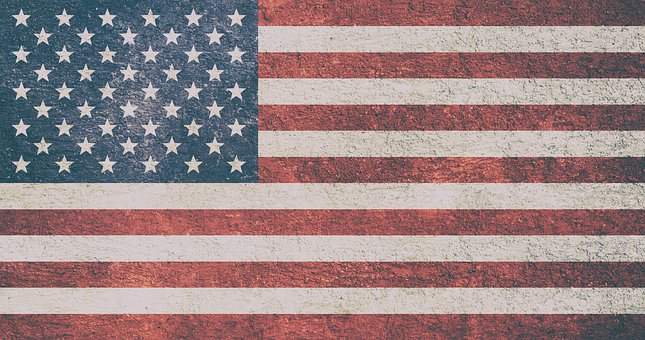