It made my day when I won this graphic novel by Gabriel Hardman and Corinna Bechko through Goodreads.  I’d been hearing good things about it, and even though I’m not a huge Green Lantern fan, I thought the idea of reworking him within the Earth One concept could be a wonderfully entertaining experience.

Even though Green Lantern has been rooted in science fiction for the last sixty years or so, word on the street said this book would strip away all of the fantasy elements the character carries and make it a true work of science fiction.

If you’re unfamiliar with the character, Hal Jordan is a test pilot who was chosen to replace a deceased member of the Green Lantern Corps, which is an intergalactic police force.  Each member wears a ring that will create hard light constructs of anything the wearer imagines.  However, Green Lanterns must recharge their ring every twenty-four hours with a battery that looks quite a bit like a … well, lantern.  That’s green.  This corps has hundreds if not thousands of members, and you can imagine all of the betrayals, deaths, love connections, uprisings, reshuffling of power, and so on that has occurred during the last several decades.

In this version, they broke with tradition and made Hal Jordan a rejected astronaut who currently works as a space prospector.  And … that’s about it.  Though the circumstances are slightly different, he still happens across the ring.  He eventually connects with other Green Lanterns.  He organizes and leads them.  This Jordan is more of an underdog, but I found the whole book very similar to what’s come before.  Even his costume is pretty much the same.

In my opinion, they did not take it nearly far enough.  They did not break away from his Silver Age roots in any meaningful way.  That’s generally been my issue with all of the Earth One books, though.  The idea is that these books would depict what these heroes would be like in today’s real world, and the answer is … pretty much the same.

I do want to commend Gabriel Hardman’s art, though.  He’s got an expert sense of anatomy and perspective, and his backgrounds are exquisite.  I also very much enjoyed Jordan Boyd’s colors.  His use of green light surrounded by the darkness of space felt fresh.  At times he seems to employ a dot matrix technique, which was also felt both nostalgic and original.

So while the book is well executed, I didn’t find it particularly inspired.  It wan’t the innovative science fiction extravaganza that I expected. 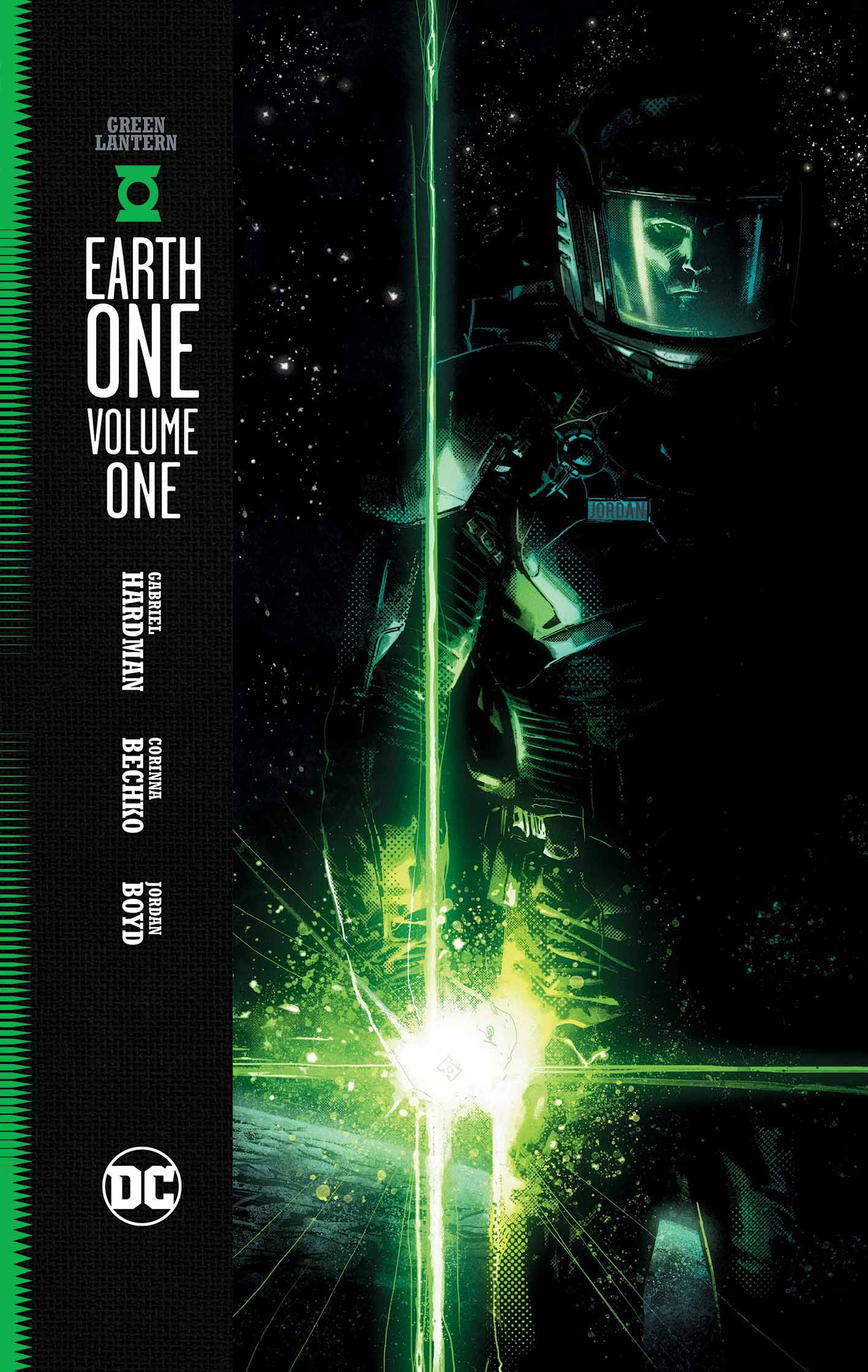