I really enjoyed the first season of Jessica Jones.  The series had such a strong concept.  It definitely wasn’t a super hero show, yet it featured a character with super human strength … who didn’t necessarily want her powers.  She mostly just wanted to be left alone.  The series felt far more like a thriller than an action-adventure.  With David Tenant’s Kilgrave, the series also struck a deeply disturbing psychological note.  Krysten Ritter’s Jones wanted to forget about her past by drinking herself silly, wasn’t interested in being nice, and certainly wasn’t out to save the day.  I believe, overall, it may be the strongest of Netflix’s Marvel series due to excellent pacing, interesting characterization, a consistent tone, and a cohesive plot.

So, as you have probably guessed, I very much looked forward to the second season.  Unfortunately, I knew by the first episode that this season would be different.

At the risk of sounding too harsh, all thirteen episodes of season two disappointed me.

Jessica Jones: Season Two is cliched, boring, and a disservice to the first season.

I don’t want to spoil too much, but Jessica Jones herself has gone from being charmingly cranky to just annoying.  The huffs, the sighs, the eye rolls, the monotone vocal delivery — she’s become one-dimensional.  All of those things seemed appropriate in the first season.  Combine those things with the second season’s primary antagonist and she’s comes off as, well … a brat.

And that pretty much describes everyone in the second season.  Trish Walker, who was pretty interesting in the first season, is now a shadow of her former self and incredibly unlikable.  Malcom is all over the place — a doormat one minute, a boy toy the next, and then a ruthless businessman?  Wasn’t that Foggy’s character arc?  Hogarth, the heartless lawyer, actually turns out to be the most sympathetic of all, but in doing so utterly contradicts every other previous appearance of the character.  Luke Cage makes no appearance at all, which is a shame because Colter and Ritter had great chemistry and made season one very enjoyable.  Kilgrave appears for five minutes, and those five minutes were a delight.  Ritter and Tennant are amazing on screen together, which is partly why season one succeeded so well.

Season two lacks any plot in which the audience can invest.  Season one featured a real mystery and characters that were truly opposite of Jones that allowed her to shine all the more.  In season two, everyone is kind of like Jones, which is, frankly, depressing.  Everyone is damaged goods.  There is no character representing hope, or nobility, or morality.  When Jones is forced to be these things, it doesn’t work.  She’s not especially hopeful, or noble, or moral.  She’s fun when she gets to be the “bad cop” working off of others serving as her foil.  It’s not fun when an entire show drowns in hopelessness, immorality, and dreariness.

In my opinion, the first season of Jessica Jones may be the best of all the Netflix Marvel shows.  The second season, unquestionably, is the worst.

Based on a book, Altered Carbon is a Netflix series set in the distant future where people have the ability to store their personality and memories in a disk at the back base of their neck.  If their body dies, they can have their disk inserted into a new body, thus allowing someone to effectively live forever.  If they have enough money, that is.

Well, that’s not entirely true.  I watched it purely for the eye-popping special effects.  In my opinion, this show utilizes some cutting-edge techniques that I haven’t seen before.  In that regard, it’s a raging success.

But, let’s face it — the dialogue is really, really bad.  I know some will say the show endeavored to achieve a pulp noir quality, but I find that to be a poor excuse for lazy writing.  Couple the lackluster dialogue with actors of only adequate talent and you have some difficult scenes to endure.  I know that sounds mean, and I’m very sorry to all of the actors and writers.  I don’t want to offend, but I also want to write an objective review.

Of course, the negative qualities mentioned is the trade-off for exquisite special effects.  As much as Netflix seems willing to spend, even they must have limits.  It’s obvious their budget went toward the special effects, not necessarily the actors.  Don’t get be wrong–the actors are fine.  They are good.  Just … none of them are great.

Should you watch this series?  If you’re into science fiction and special effects, I’d give it a shot.  It never quite finds its voice, nor does it really gain solid traction in terms of story, but it comes close enough on both counts to remain an interesting watch.  Again, at the risk of becoming redundant, the special effects are mesmerizing.  Beware, though, there is some heavy nudity in almost each of the ten episodes and the violence is pretty graphic from time to time.

That’s the word I would use to describe Batman: The Dark Knight–Master Race.

I mean this both literally and thematically.

Master Race is the first Batman book I’ve read in quite a while that kept me turning the pages.  When I had to put it down, I couldn’t wait to pick it back up.

Some say that The Dark Knight Returns helped to usher in the Dark Age of comics.  It played a role in taking Batman back to his dark roots, establishing a general psychosis to the character, and promoting the idea that Batman and Superman would be anything but super friends.  It’s impact can be felt even to this day.

The Dark Knight Strikes Again was just a hot mess.  I haven’t read it in a long time, but I remember feeling that it had nothing in common with its predecessor and seemed intent on being as crazy as possible even at the sacrifice of plot, character, good taste, and logic.

Master Race takes the best aspects of both books, blends them together, and churns out an incredibly satisfying read.  Carrie Kelley, the young girl who took on Robin’s mantle back in The Dark Knight Returns, is front and center in this book.  The Dark Knight Strikes Again brought Superman’s daughter Lara into the fold, as well as Wonder Woman, the Flash, Green Lantern, Hawkboy and Hawkgirl, Atom–all of whom reappear in Master Race.  This time, though, they are treated with depth and care.  In fact, some would say they are all actually redeemed.

Master Race redeems every single character in its pages.  They each go through a personal journey, and they each come out better for it.  I don’t want to get into the particulars due to revealing too much plot, but this book made me look at these characters as heroes again.  Redemption strikes me as a theme of the book.

Which is probably the most ironic thing ever.

Master Race also, in my eyes, redeems Frank Miller.  Frank Miller is a gifted writer and artist–he proved that on books like The Dark Knight Returns, Daredevil, Batman: Year One, and the first Wolverine miniseries.  Unfortunately, his work on The Dark Knight Strikes Again made me question both his talent and character.  That book seemed like a total cash grab.  It almost acted like it wanted to make a point to the reader–that the comic fan will buy anything if there’s enough hype surrounding it.  It definitely turned me off from Miller for a while.

So why did I return for Master Race?  Brian Azzarello.  I’ll read anything that man writes.  I knew that if he played a hand in Master Race, it would be worth my time to check it out.  I’m so glad I did.  I have no idea as to the politics of Azzarello teaming up with Miller, but if DC made it happen to ease fan apprehension, it worked like a charm on me.

It’s so ironic that two men who are known for grim and gritty, hard-boiled writing provided one of the most inspiring Batman stories that I’ve ever read.  As much as The Dark Knight Returns created a Dark Age, I could see Master Race igniting a Heroic Age.  It truly counteracted all of the negativity surrounding our society at the moment.

Maybe you’ll agree with me, maybe you won’t, but I definitely recommend you read Batman: The Dark Knight–Master Race and see for yourself. 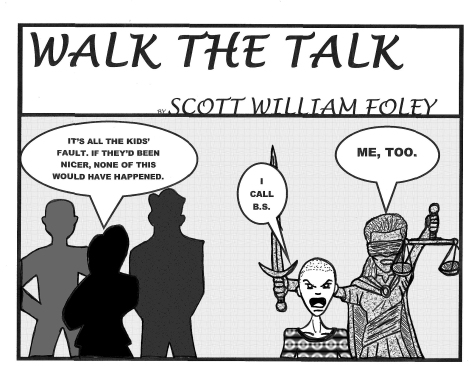 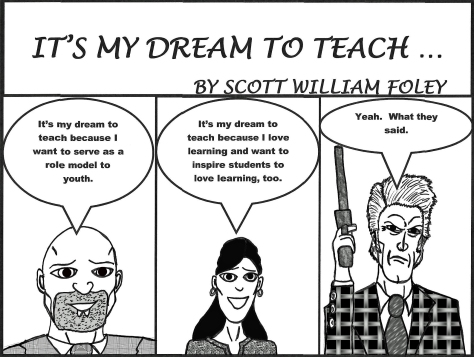