This collection of short stories will satisfy every Star Wars fan alive.  The premise is genius.  It takes small, seemingly unimportant moments from A New Hope and zeroes in on them.  It provides names and backstories, tragedies and victories, motivations and inclinations.  It satisfyingly adds to a universe already well developed.

One of these stories in particular proved among my favorites.  Do you remember the guy standing lookout in the crow’s nest of a pole?  You saw him as the X-Wings took off to intercept the Death Star?  His story is written by Will Wheaton, entitled “Laina,” and it is absolutely heartbreaking.  There is another called “Time of Death” which features Obi-Wan Kenobi’s final moments and thoughts as he faced certain death at the hands of his former apprentice.  Speaking of such, Claudia Gray wrote “Master and Apprentice” which explores Qui-Gon Jinn’s spirit visiting Obi-Wan on Tatooine.  Still another is called “There Is Another,” and it’s about Yoda living on Dagobah and wishing he could train one last Jedi–someone he believes has great potential.

Of course, as you can see, not all stories are directly related to a moment in A New Hope.  Such as with the Yoda story, some of the stories check in on characters technically not introduced in the original 1977 classic.  Boba Fett, for example, offers a first-person account during a bounty hunt.  We have a story starring Lando trying to swindle someone.  We have another with Doctor Aphra, a relatively new character, in the lead.  Yet another stars the Emperor himself.

However, these are all pretty big names in the Star Wars mythology.  Most of the short stories actually utilize characters that are essentially unknown.  Remember the red R2 unit that Luke and Uncle Owen almost bought?  He’s got a story.  Do you recall the Tusken Raiders who knocked out Luke?  Yep, they have a story, too.  That bartender who told Luke to get the droids out of his tavern?  You guessed it.  Even one of those little mouse droids in the Death Star has a story.

Are all forty of these short stories great?  Not in my opinion, no.  However, those that didn’t speak to me personally may very well be your favorite.  I will say this, though, the vast majority of them were exceptional.  The writers’ ability to take seemingly irrelevant characters and develop them into engaging, charismatic figures proved uncanny.

I highly recommend this book for any Star Wars fan. 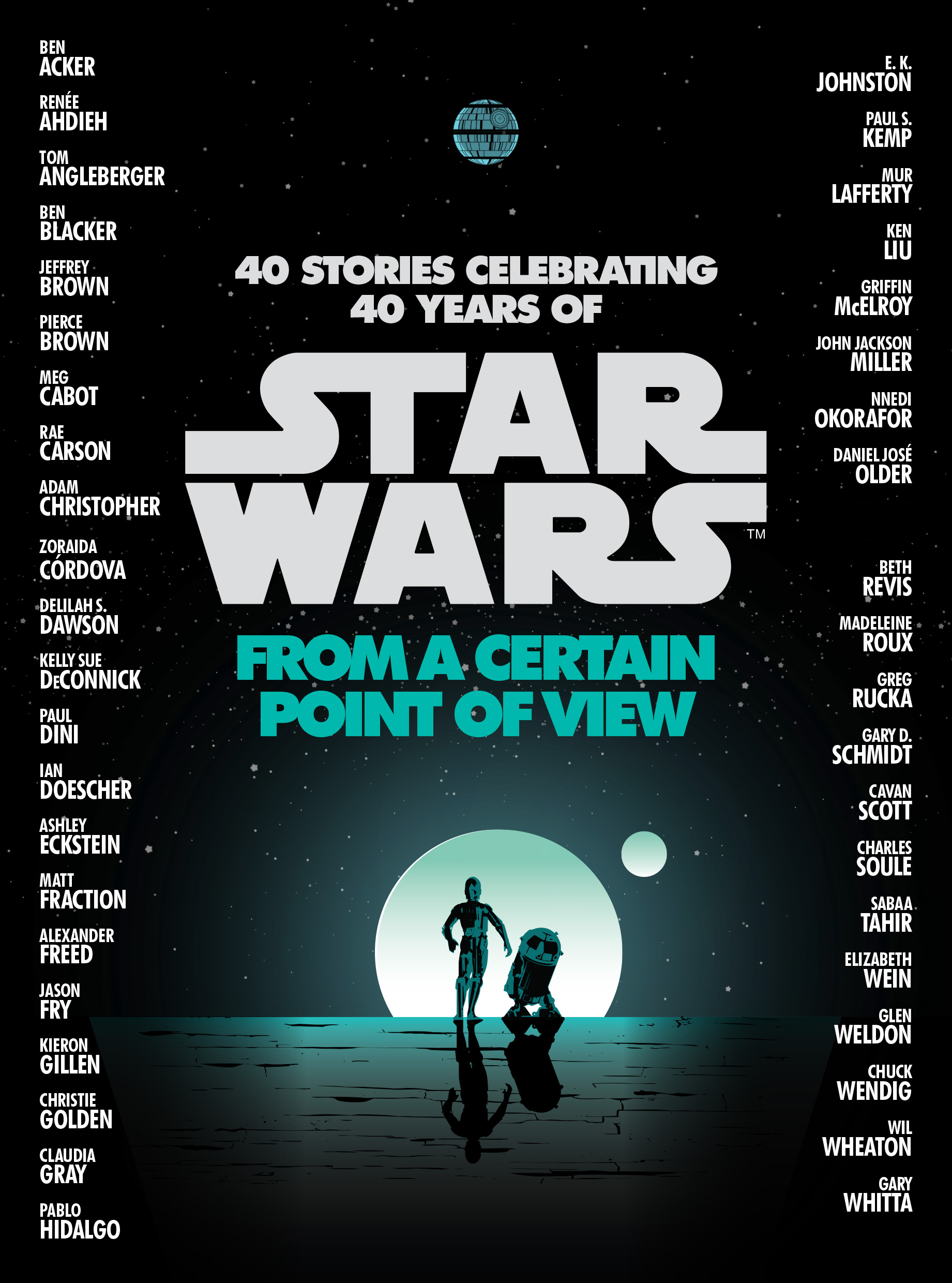