Perhaps the greatest Star Wars character to never actually appear in one of the films, Ahsoka Tano broke out during the animated Clone Wars series.  If you’re unfamiliar with her, she once served as Anakin Skywalker’s Padawan.  She and Anakin had an incredible bond, and when she left the Jedi Order, it broke Anakin’s heart.  In fact, her departure coupled with the perceived betrayal of the Jedi absolutely led to his downfall.  One must wonder if he could have resisted the Dark Side had Ahsoka been with him.

Nonetheless, due to her break with the Jedi, she escaped Order 66.  Ahsoka picks up later after Palpatine took control.  Now permanently on the run, Ahsoka must use an alias wherever she goes and downplay her connection to the Force.  She’s a hero at heart, though, and like her Master, she can’t help but get involved when she must.

The first half of the book is comparable to the other Star Wars books in that she lands on a remote planet, she meets characters of no real significance, and a small–ultimately inconsequential–operation begins against the Empire.  I felt real disappointment at this premise because everything felt rather … unimportant.  The beginning of this book seemed entirely forgettable.

But then the second half of the book happened … and I couldn’t put it down.

Johnston understands Ahsoka’s character well, especially in terms of where she was in Clone Wars and where she’s going in Rebels.  I’m not sure how I’d feel about it without  having watched both cartoons, but as it stands, Ahsoka ended up being incredibly satisfying.

Looking for a fun, quick, lighthearted Halloween story?  Read “Over My Dead Body” by yours truly.  Only $00.99 on your Kindle! 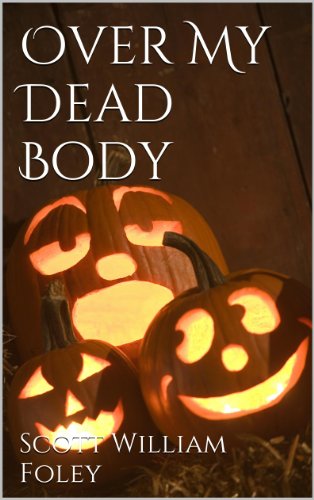 Glen Weldon is my kind of person – a total nerd who writes magnificently.  His blend of intricate knowledge and hilarious humor made The Caped Crusade a fun read, one which prompted me to check out Superman: The Unauthorized Biography.

Though I’m not a die-hard fan of Superman, I’ve always been interested in his character, and, more specifically, his psychology.  There is obviously something that sets Superman apart from the rest of super heroes and even other pop-culture icons.  When you consider that Superman has appeared on a monthly basis since 1938, well, that’s staying power.

Weldon provides insight into both the character’s multifaceted history as well as what maintains his longevity.  From the comic books to the radio shows to the serials to the TV programs o the movies, Weldon offers a crash course in the Man of Steel, one that will both educate and entertain.

The book is divided into short segments moving along chronologically that will allow a reader to enjoy the book for either short or long periods of time.   Weldon has a wicked sense of humor, so be prepared to appreciate the elegance of the character, but also be ready to chuckle at some of his more ridiculous aspects.

Superman: The Unauthorized Biography will please students of the medium, crazed fans, and casual readers alike.  It moves at a brisk pace, offers just the right amount of information, and even provides a few fresh perspectives concerning the Last Son of Krypton.