In early December, I decided to reread Neil Gaiman’s entire The Sandman series.  It marked the first time I reread the series since my initial read of the collected editions nearly ten years ago.

There isn’t much for me to say that hasn’t already been said, so I’ll keep it brief.  The series, as a whole, is literature at its finest.  The problem with comic books, for the most part, is that they are serialized.  They expect to run perpetually, and they often change hands as new writers and artists come in.  Superman, for example, has been published monthly since 1938.  It is hard to do anything too substantial with a character expected to appear continuously.

The Sandman, however, does not suffer from such a dilemma, which is what makes the series so enjoyable.  Though it got off to a inconsistent start due to the fact that it tried to exist within the same universe as Superman, The Sandman soon broke away into a world largely its own (thanks to its own publishing imprint).  As a result, Gaiman was free to create worlds, mythologies, and, as a consequence, quality stories.  Best of all? Gaiman alone wrote the series, and Gaiman clearly worked to an endgame.

That’s right.  The Sandman has a clear beginning, middle, and end, and Gaiman executed each stage thoughtfully and with purpose.  Lord Dream, or Morpheus, is an eternal character that impossibly changes throughout the series, and, as a result, evolves into something completely unexpected.  The series is character driven—not plot driven.  Gaiman had something to say, to do, with his main character, and when it happened, the story ended.  Simple as that.

The scope of this series will mesmerize you.  The characters will leap off the page and into your heart.  The intricate plots that seem unrelated only to finally connect near the end will captivate you.  The dialogue will give you chills.  Honestly, nothing quite compares to The Sandman, and nothing ever will.

Sometimes horrific, sometimes hilarious, always enlightening, The Sandman will always live on in your imagination once you’ve experienced it.  Whether you think you enjoy comic books or not, if you like a good story, I implore you to give this finite series a read.

In this third installment of The New 52’s Wonder Woman, Azzarello continues to infuse Greek mythology into the Wonder Woman mythos.  Granted, her roots are in Greek lore, but I don’t believe any Wonder Woman writer has ever utilized the gods in such a dynamic fashion.  I’ve said this before, but I have never read Wonder Woman until Azzarello restarted her series, and it quickly rose to the top of my reading list.  Furthermore, in this volume, he fully introduces the New Gods with Orion.  In my mind, this makes perfect sense and is a stroke of brilliance.  What better place for the New Gods to appear than in a comic book with old gods still very much playing a role.  It is my sincerest hope that he plans a confrontation between the two groups, with Wonder Woman caught between.

I cannot wait to see what Azzarello does next.  His take on not only Wonder Woman, but Orion, Hera, Hermes, Ares, Apollo, as well as the introduction of previously unrevealed children of Zeus … it’s simply a very special story unraveling before our eyes. He and Chiang are not merely caretakers of Wonder Woman at the moment, they are architects of an entirely new mythos for her, they are not simply creating interesting stories, they are building entire worlds.

Their run on Wonder Woman will be remembered as a significant one, I assure you.

For better or for worse, without Crispin Vadenburgh, Mardella Webb, and George Vadenburgh, there would be no Dr. Nekros. The brothers and the enchantress tormented each other over the span of decades, and all three no longer exist as they did in 1923, yet their final fates have never been revealed … until now. Their story is full of revenge, sacrifice, tragedy, and, in the end, love.

I do hope you’ll give the latest installment of the Dr. Nekros saga a read.  Only four episodes left until the story’s end! 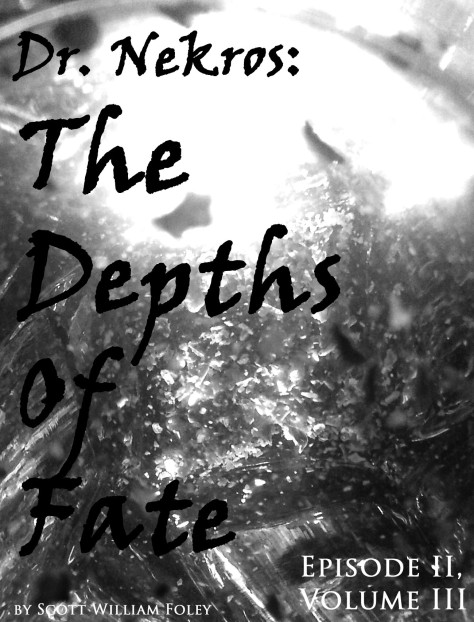 I’ll be honest with you, when AMC’s The Walking Dead came out, I touted it as the next L O S T.  The acting wasn’t superb, but the production was magnificent, the effects breathtaking, and the storylines captivating.  It thrilled me on a weekly basis, made my palms sweat, and kept me coming back for more.  The dynamics between the characters intrigued me to no end, and I truly cared about them.  When they started dying off, it stunned me, but it didn’t anger me.  As a fan of Cormac McCarthy, I’m accustomed to major characters dying.  I actually relish it in books and movies, when done intelligently, because it heightens the suspense.

Seasons One and Two just blew me away.  And though some serious characters were killed off, characters who drove storylines and oozed charisma (Shane and Dale, in particular), they were replaced with worthy men and women such as Michonne and Hershel and allowed existing characters such as Daryl the chance to rise to the top.

Season Three tried my patience, but I stuck with it.  Lori’s death advanced the plot, but I knew the end was near for me with the birth of Judith.  I knew of her fate in the comic books, and I remember telling my friends that if they show that sort of thing on the TV show, I’m out.  Andrea’s death seemed completely pointless, as did much of the violence of the season.  With each character’s death, the dynamic got smaller and smaller, and so the characters were, as a whole, suddenly becoming less interesting to me.  Rick, honestly, has never been the hook in my eyes, and so now the show rested primarily on Hershel, Daryl, and, to a lesser extent, Michonne.  Woodbury proved an interesting premise, but it got stale in my eyes, and the prison took away one of the aspects that I found most entrancing – survivors constantly on the move.  Suddenly they were in the same setting all the time, and not a very interesting one at that.  The Merle plotline saved a largely tiresome season, but I think we can all agree it didn’t live up to Seasons One and Two.  But, I was still an avid fan.  I still had to watch it the night it aired, could not stand the idea of watching it on DVR after the fact.  Had to talk about it the next day.  There were some trends forming that I found disturbing, one that started with Sophia, but I could deal with it.

And then Season Four Point One arrived.  Okay, the prison is now a refugee camp, that’s a neat idea.  I can roll with that.  Oh, a deadly flu breaks out.  I like that.  That definitely raises the suspense – that can’t be fought using their conventional methods.  Children are being taught to kill … I don’t know if I like where this is going … Children are sick and orphaned.  Hmm.  The Governor is back, has adopted a family, has a little girl to be like a daughter to him, goes nuts again, wants the prison for his own camp, is willing to kill to make it happen.  I’m kind of tired of that – didn’t we do all that already?  We did that in Season Three.  I like the Governor’s character, and I love David Morrissey, but I really had no interest in his return.  And what’s going on with Rick’s baby?  Does the guy ever interact with her?  Frankly, when she first arrived, as already mentioned, I had a sneaking suspicion she was there for shock factor, that they had something dastardly planned for her …

Then the mid-season finale came.  The Walking Dead has always been a violent show, but it, for the most part, seemed to play a role in the actual storyline unfolding.  Yes, there were moments of ghastliness, but they were usually reserved for the dispatching of zombies.  The finale seemed to abandon all attempts at a meaningful story and just go for our throats.  The prison raid had been done before, the Governor had been done before, and while I like that the survivors are on the move again, I cannot abide the “shocking” scenes involving children shooting adults, Hershel’s graphic beheading, and the bloody baby carrier.

In fact, violence against children has turned into quite the trend with The Walking Dead.  There is much I can turn a blind eye to, but this is not among those things.  I knew the moment they introduced Judith that they planned to kill her, and while she may not actually be dead, as some have suggested, the bloody baby carrier was simply done in poor taste.  Seriously, during that attack, Rick’s only action should have been about guaranteeing both of his children’s safety.  Trusting his prison mates to keep his child safe is a character flaw I cannot overlook.  In fact, the idea that no one stopped to keep Judith safe, that not one adult took it upon themselves to save a baby, is something that has deterred any interest for me in following these characters.  But it doesn’t end there, yet another child died in the Governor’s foster daughter, which was, again, over the top.  Finally, the absolutely unnecessary dragging out of Hershel’s decapitation did not thrill me, it sickened me, it made me wonder what was wrong with the people producing the show, and it sealed the fact that this show had no intention of telling a story any longer.

The Walking Dead has sunk to a gratuitous low.  This show was once about human interaction amongst a horrible set of circumstances, but now it has simply become about killing off characters and abusing children for the sake of “shock value.”  I cannot continue watching it if this is the direction it’s taking, and, from all indications, it is.  You should know that I’ve thought about this since the night the finale aired.  I wanted to give myself time to really mull it over, to make sure I wasn’t having a kneejerk reaction.  And while I certainly do not bemoan any who continue watching the show, just know that it is no longer for me. 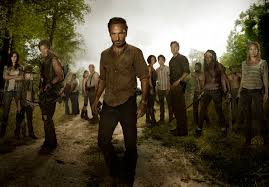 In this short story, Bart and Ellen meet for the first time at an exclusive restaurant on New Year’s Eve, and it would seem they could not be more different. As conversation ensues, those differences seem to only compound as the awkwardness of a blind date builds. However, something happens that causes them to realize they have more in common than either initially thought.

Click on the image to find out how the date ends!